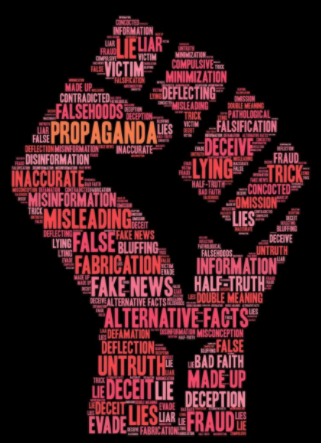 One of the nurses interviewed on ABC News at the New York City ticker-tape parade for first responders made a stunning observation about how the city had defeated Covid-19 via wide-scale vaccination of the public when she said, “Science won.” What we took her to mean was that scientists developed a vaccine in record time, verified in large-scale experiments that it was safe and effective, and ramped up manufacturing and distribution so that anyone who wanted the vaccine could obtain it by July 4. As is now widely acknowledged, the roughly 40% who have not been vaccinated live in states where the former President is popular. We can reasonably assume that the 75% of those who have no intention of being vaccinated probably get their information from distorted sources such as Fox News. Fox and other enablers of The Big Lie continue to minimize the risks of Covid-19 and minimize the importance of being vaccinated. As a result, the Delta variant has spread quickly among those people and across those states. At this point, nearly everyone who is dying from Covid-19 is unvaccinated. Science saves lives, ignorance kills, and the propagandists who falsely minimize the risks should face consequences for contributing to unnecessary deaths. To the extent that the US is embroiled in a cultural battle between knowledge, expertise, and science on the one hand and ignorance, bravado, anti-Biden and anti-Democratic propaganda on the other, Darwinian selection favors the former group. We will witness in the next few weeks just how science wins, and the ignorant needlessly die. As Dawkins explains in his book, The Selfish Gene, natural selection favors adaptive knowledge––evidence-based memes––as well as adaptive genes.

Iceland has conducted a large-scale experiment to determine how workers in the public sector would respond to a reduction in weekly hours worked. Consistent with the findings from pilot studies in other countries, workers feel better and accomplish more in less time. The 5-day 40+ hour workweek probably can’t be sustained. It’s a habit without supporting data at this point.

We’ve added a Gem to our KB referring people to this article if they want to find answers to these and other related questions:

RESISTANCE PET OF THE WEEK 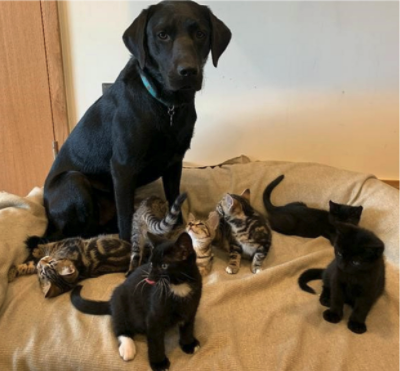 A former resident of the animal rescue charity, Battersea, has been melting hearts after taking a litter of kittens under his wing. Bertie is a one-year-old Labrador who has spent the last several weeks caring for seven motherless kittens brought to the charity in need of urgent help.

The stray kittens were discovered on the side of a road by a member of the public when they were approximately two weeks old, with no mother in sight. At such a young age, they were unable to fend for themselves so were rushed to Battersea to be checked over by their expert clinic team.

Once vets established the very hungry kittens were otherwise healthy, Battersea’s Head Nurse Rachel volunteered to take the litter home with her, where both she and Bertie, her rescue dog, Bertie, could care for them.

Battersea Head Nurse, Rachel said: “As a former Battersea resident himself, there’s something particularly touching about seeing a rescue pet now helping to rescue other animals in need. I’m incredibly proud of Bertie for the way he has cared for the kittens over the last few weeks. At less than two years old, he’s barely an adult himself, but you wouldn’t think it when you see how incredibly patient and nurturing he has been.

“These kittens have certainly been a handful, from the early days when they needed bottle feeding round the clock, to when they first discovered the joys of climbing. Not only has Bertie helped the kittens become confident, sociable little cats, he’s also kept me entertained.”

See more of the story and pics here. It is so nice to see the rewards of animal rescue paid forward and then repaid by the animals themselves, eh?